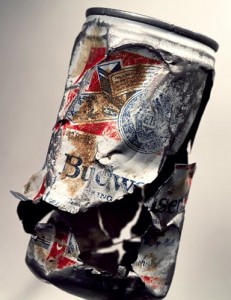 Big beer may be in a battle they cannot win. Sales are down and history shows that trend is hard to stop.

As many of you know Weblogbeers is interested in beer, real beer and not typically the type “Big Beer” (AB InBev) companies put out, watered down versions of what used to or could be a good beer.

And based on some of the stories posted to Weblogbeers:
•2013 Zymurgy Magazine’s 50 Best Beers in America
•9 reasons now is the time to drink craft beer
•Study: Beer Industry Contributes $246 Billion to U.S. Economy
•BA Report: Craft Beer Continues Growing
We have been showing that good beer, well crafted beer is on the rise and dollars are still being spent on these libations.

Well, here is the other side of the story. There are nine beers Americans no longer drink. According to data provided by Beer Marketer’s Insights, American sales of nine major brands, including the once top-selling Budweiser, declined by more than 25% over the past five years. Michelob Light’s U.S. sales declined by nearly 70%.

These are the nine:

So why has this happened? The big beer brewers want to point to the lingering effects of the recession as the reason beer sales are down. This is likely part of the reason but really just one of the causes. 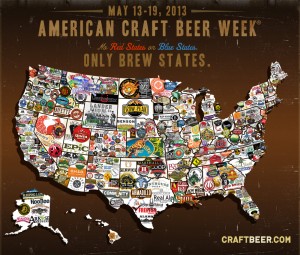 The celebration of well made beers is prevalent in the U.S.

Flavored and craft beers have performed extremely well in a sector that is otherwise on the downswing. Also performing well are the specialty beers with creative labels and slightly higher alcohol content, an attempt to appeal to the segment that is increasingly attracted to wines and liquors. And wine and spirits have done much better, especially as they added flavored brands.

It comes down to putting out a quality product, and paying attention to your target consumer.

According to Eric Shepard, executive editor at Beer Marketer’s Insights, this trend may be hard to stop “The history of beer brands in the U.S. has generally been – and there are exceptions – once they start to decline, it’s very, very difficult to reverse it,” said Shepard. Breweries like Michelob and Old Milwaukee have been falling out of favor for decades.